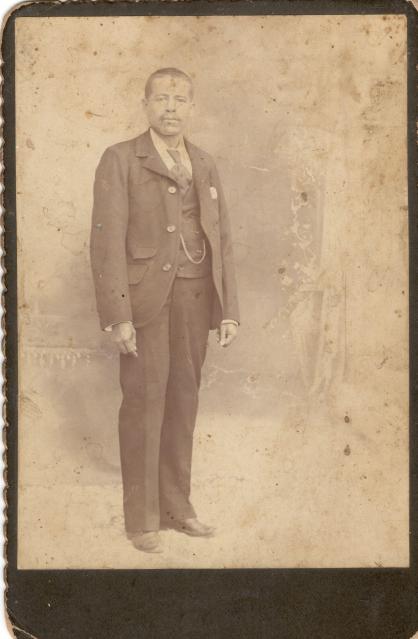 The inaugural segment of Hidden Histories features the life and work of Cenobio Hernandez, a local composer in the 1920s and 30s who wrote music for silent films, which screened on the Westside of San Antonio at the Palace and Nacional theaters. A trove of his music was recently found by his grandson, Ricky Hernandez, who produced the album Recuerdos: Musica para Piano por Cenobio Hernandez, and who hosts and facilitates a discussion of his grandfather’s work.
More About This Episode > 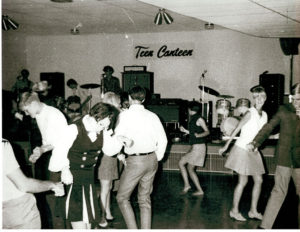 Curated by local music historian Michael Ann Coker and John Cockerell, musician and education director of the San Antonio Blues Society, February’s segment of Hidden Histories delves into “Long Gone Music Venues of San Antonio.” Popular from the 1950s through the 1970s, former clubs such as the Eastwood Country Club and the Teen Canteen featured a variety of musical genres and inspired numerous local music and musicians. Featuring photographs, memorabilia, and interviews with club performers and owners, Coker and Cockerell will consider the social context for these clubs as well as their lasting influence in defining the unique San Antonio Sound. More About This Episode > 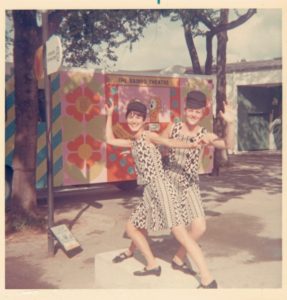 Just in time for the 50th anniversary of Hemisfair ’68, March’s episode of Hidden Histories will recall the 1968 World’s Fair from the perspective of its youth workers. Curator Becky Barrera, Advisory board member for the Institute of Texan Cultures and former Hemisfair ’68 VIP Guide, will moderate a roundtable discussion with several former employees of the fair who were in high school or college at the time about the lasting impact of Hemisfair on the course of their lives, as well as on San Antonio’s history and sense of cultural identity.
More About This Episode > 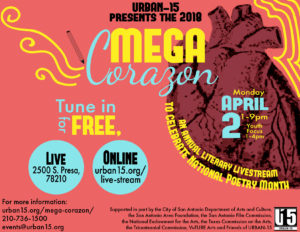 Since 1957, Fiesta Noche del Rio has been an annual showcase of regional culture, celebrating the Mexican, Tejano, Latin American, and Spanish dance and musical traditions that make up San Antonio’s cultural landscape. Produced by the Alamo Kiwanis Club as a charity event for children’s organizations and held each year on the Riverwalk at the Arneson River Theater, Fiesta Noche del Rio archives a rich community history of the many working musicians and dancers who have performed over the decades–not least Rosita Fernandez, San Antonio’ “First Lady of Song,” who helped spearhead the event as a venue through which to showcase local talent. Curated by members of the Alamo Kiwanis Club, May’s episode explores the contributions of these artists, their intersection with the making of the modern Riverwalk, and the long term community impact of the event.
More About This Episode >

On Monday, June 4th, URBAN-15’s Hidden Histories series returns with a focus on San Antonio’s sacred headwaters—particularly the stories, poems, songs, and other artistic expressions inspired by the springs for millennia among the diverse peoples. Facilitated by Sister Martha Ann Kirk of the Sisters of Charity of the Incarnate Word and Isaac Cardenas, Tap Pilam Coahuiltecan elder, this discussion will feature archival footage of the springs at peak flow; premiere URBAN-15’s performance at the Blue Hole for last year’s Global Water Dances; and include commentary by Juan Mancias, Tribal Chairman of the Carrizo/Comecrudo Nation and Steven Schauer of the San Antonio River Authority.
More About This Episode > 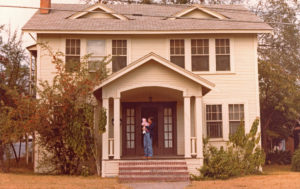 Like many cities around the world, San Antonio is a city paradoxically founded on removals, erasures, and writings over, beginning with the displacement of Indigenous languages and lifeways to more contemporary histories of Urban Renewal and downtown redevelopment. Curated by Marisol Cortez, Ph.D. of Deceleration, “Hidden Houses” examines key moments in San Antonio’s history of removing homes and entire neighborhoods from view, as well as the resistance to these removals on the part of residents. As recalled via the stories and memories of those who lived in places like Baptist Settlement, Hemisfair, Vista Verde, Cementville, and more recently Mission Trails Mobile Home Community and Soapworks/Towne Center Apartments, this episode considers the erasures that haunt the contemporary urban landscape and our collective memory as a city. UTSA Public Administration professor Heywood Sanders and retired UTSA professor of Political Science Rodolfo Rosales provide additional commentary.
More About This Episode > 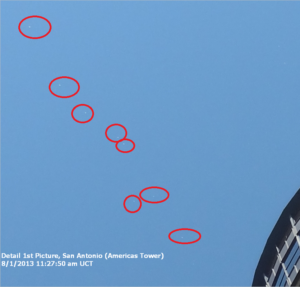 “Space is the Place: Unexplained Encounters in South Texas”

Just 45 minutes up the road from San Antonio, Seguin, Texas is the birthplace of the Mutual UFO Network (MUFON), one of the preeminent international organizations for UFO research in the world. Closer to home, Olmos Basin in San Antonio is similarly storied as a locational hub for UFO sightings and encounters with extraterrestrial life. August’s episode of Hidden Histories delves into the history of close encounters in South and Central Texas and efforts to understand them, featuring guest commentary by Ken Jordan of the Mutual UFO Network (MUFON); Rev. John Fluth of SETI@home; and Whitley Strieber, author of the Communion book series.
More About This Episode > 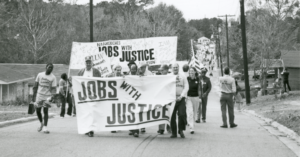 In honor of Labor Day, September’s episode of Hidden Histories explores worker experience in San Antonio and throughout Texas—from the everyday to the extraordinary. The heart of this episode is a discussion with independent filmmaker Anne Lewis, director of A Strike and an Uprising (in Texas), an experimental documentary that tells the story of the San Antonio pecan sheller strike led by Emma Tenayuca and the Jobs with Justice March led by Nacogdoches cafeteria workers, groundskeepers, and housekeepers in 1987. Following discussion with Lewis on the making of this film, brief excerpts will be shown, in anticipation of the full screening on Friday, September 7th at 8pm. Finally, in an homage to Studs Terkel’s Working, September’s episode also presents a collage of short film interviews with a range of San Antonio residents on one question: What was your first job?
More About This Episode >

In Remembering the Alamo: Memory, Modernity, and the Master Symbol, anthropologist 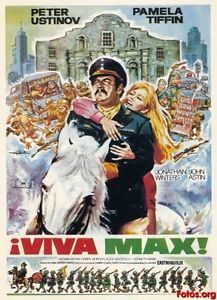 Richard R. Flores writes: “Stories of the past … inscribe our present and shape our future.” Historical narratives, in other words, impact self-identity and affect how we relate to others—for better and for worse. Curated by George Cisneros, October’s episode of Hidden Histories examines a long tradition of Alamo cinema, exploring how the story and iconography of the Alamo has shaped the way we view a complex and centuries-long regional history. In “The Alamo on Film,” we discuss five significant Alamo films, aiming to differentiate historical reality from fictional license and interrogate how these narratives have both helped and at times hurt us.

In this Tricentennial year, such questions have expanded from strictly academic inquiry to a wider community of citizen historians. In this spirit, the episode will feature three prominent cultural commentators: first, filmmaker Jimmy Mendiola will discuss the cultural implications of the 1969 comedy Viva Max. Nathan Cone of TPR’s Cinema Tuesdays will then talk about the 1915 silent film Martyrs of the Alamo, the 1960 version of The Alamo starring John Wayne, and John Lee Hancock’s 2004 rendition of The Alamo. Finally, Express-News columnist Elaine Ayala will discuss Remember the Alamo, a thought-provoking documentary produced in 2003 by San Antonio native Joseph Tovares for PBS’s American Experience series. At a time of fraught discussion about U.S.-Mexico relations, panelists will explore how a century of cinematic renderings of the Alamo narrative—probably the most infamous story about “Texans” and “Mexicans”—have influenced and shaped daily life and dialogue between these groups in modern-day San Antonio.
More About This Episode > 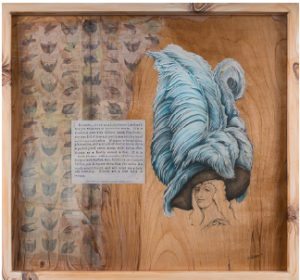 Embracing a magazine format, November’s episode of Hidden Histories presents several segments commemorating key November events. We first undertake a year-end retrospective of Common Currents, a Tricentennial-year collaboration between six downtown art centers that exhibited 300 works by 300 artists, one for each year of San Antonio’s most recent history. Next, in honor of Veteran’s Day on November 11th, we feature a veteran’s profile of Ray Hernandez, member of the Tap Pilam Coahuiltecan nation and 12th generation San Antonio resident. And finally, on the eve of the November 6th midterm elections, we hear from Lydia Camarillo of Southwest Voters Registration and Education Project and writer/urban planner Sherry Wagner about women’s role in historic voting rights struggles in San Antonio.
More About This Episode > 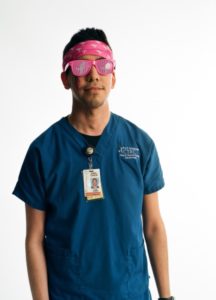 For our final episode of the year, December’s installment of Hidden Histories takes stock of our first season and looks ahead to Season Two. With live music performances by Ricky Hernandez (from episode one) and best-of segments selected by the Hidden Histories production crew, “Futurespective” also sits down with photographer Rahm Carrington to discuss Uniform 300, his recent Tricentennial photoexhibit which documents the diversity of everyday San Antonio residents via portraits of their work clothes.
More About This Episode >